Photo by Ankush Minda on Unsplash

A key infrastructure goal of ours is to replace all servers a maximum of 30 days after creating them.

Why? Because it reduces configuration sprawl, manual changes to machines, and forces us to have adequate automation in place to reliably provision all aspects of our infrastructure. If a disaster scenario ever were to occur, our recovery procedure will be well rehearsed.

In this post I’ll explain how we use salt and salt-cloud to accomplish this.

First we need to identify servers that are more than 30 days old.

There are number of commands we could use:

Let’s go with the tune2fs one-liner. Run it on all servers with cmd.run (watch out for shell quoting!) and look for dates earlier than 30 days ago:

The ‘pets vs cattle’ analogy, coined by Bill Baker of Microsoft and popularised in DevOps circles, explains the difference between stateful ‘pet’ servers (distinct individuals that need looking after) and stateless ‘cattle’ servers (a single member of a group, can be replaced with little thought).

It’s good to have as few ‘pet’ servers as possible, but sometimes you have no choice but to store important business state in these servers. You may also have legacy infrastructure - not everything can be easily migrated to the cloud.

Looking back at the naming scheme in Bootstrapping infrastructure with Salt Cloud and Terraform reveals we have one of each: node-123abc is part of a Nomad cluster (cattle), while lb3 is a load balancer with a dedicated IP address (pet).

Replacing the Nomad cluster machine is easy, as it doesn’t contain any state we care about:

Replacing our pet lb3 server will be a little harder however:

We use salt-cloud to create new machines and connect them to the Salt master.

Unfortunately, we can’t create a new machine while the original still exists:

Make sure to pick a name that won’t conflict with other machines, and ideally won’t match any expressions in Salt’s top.sls:

With this top.sls structure, the machine will no longer be managed by Salt. It will continue to function as a load balancer, but won’t be updated by highstate runs. We can consider it ‘retired’ now.

You might also want to rename the machine using your cloud provider’s control panel or API.

The new machine should connect to the Salt master and run a highstate. The machine is ready to serve traffic but not ‘live’, as the static IP isn’t pointing to it yet.

Move state from the retired machine to the replacement

We now need to point the static IP address to the new machine, which depends on how you provision your cloud resources.

The new machine will now receive traffic, and the old machine is ready to be removed.

With the new machine deployed and the state removed from the old machine, it can be safely removed:

Conclusion and next steps

That’s it! We use these steps to safely rotate all of our machines:

Of course, the real complexity lies in step 3. Moving state can get considerably more complicated than simply moving a static IP address:

There’s room to improve upon the methods described in this post:

Do you need help managing stateful server workloads? Send us an email to see how we could help! 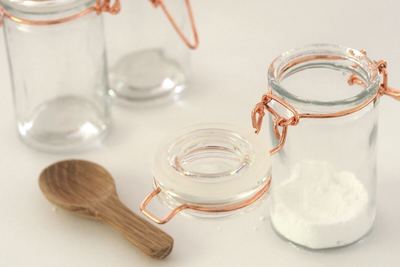 Using Vagrant and Salt to work on Salt’s codebase.

Get 12 curated picks about Symfony, HashiCorp, and SaltStack sent to your inbox once a month.

View previous emails
By signing up, you consent to your email address being processed according to our privacy policy, and for it to be shared with Mailchimp to send emails to you.
We're not going to do anything funny with it, we promise.